On Wednesday January 22nd the Blue Hens will start their trip to the great white north Fairbanks, AK, for their first ever regular season matchs against the University of Alaska – Fairbanks Nanooks. This will be the Nanooks first ever ACHA home game and the Blue Hens are very excited to be part of history.

Here is a great article posted on the ACHA website regarding this historical matchup!

The Alaska Nanooks Women’s Hockey Club is excited to host the University of Delaware Blue Hens January 24th and 25th in what will be the first female collegiate hockey games in the state of Alaska.  It’s taken five seasons but our local fans will finally be able to experience live …

The Alaska Nanooks Women’s Hockey Club is excited to host the University of Delaware Blue Hens January 24th and 25th in what will be the first female collegiate hockey games in the state of Alaska.  It’s taken five seasons but our local fans will finally be able to experience live ACHA action.

We face financial hardships being a self-funded program and so geographically isolated. Our nearest opponent is Minot State University, 2500 miles away (ironically, a team we have yet to play), so it is understandable why no team has been able to make the trek up north. We are grateful to The Bradley Co. and Fairbanks Youth Sports for making this historic weekend happen.

The University of Delaware has proven to be one of the stronger programs in the Eastern Region. A committed coaching staff leads their program and that commitment is shared by the players. The Blue Hens have represented the East at the ACHA Div 2 National Tournament in five of the last six years, finishing 3rd in both 2010 and 2012. Currently Delaware holds a 5-10-2 record and #4 ranking in the Eastern Region. The Blue Hens have faced a grueling schedule so far this year as they gear up to host the National Tournament. The two teams have battled at the two previous National Championships with Delaware winning in 2012 and UAF coming out on top in 2013. Currently the Nanooks record sits at 3-1 and we are anxious to start the second half of our season.

The games have been scheduled at different venues to make the games accessible to various members of the community. Friday night’s game will be held at the UAF Patty Center. The on campus venue will provide an opportunity for the student body to watch live ACHA action. The Saturday game will be held at the Carlson Center, the home of the NCAA Div I Men’s Nanooks. Thanks to the cooperation of Nanooks Athletics and the Carlson Center, Saturday’s game will be a double header with the Blue Hens facing off against the Nanooks Women’s in the afternoon followed by Bemidji State University playing the Alaska Nanooks Men’s Hockey team that evening.

For players, this is a rare opportunity to play close to home and offers friends and family a chance to watch them play college hockey without traveling halfway across the county. To the players that have been helping build the program since the beginning, it’s even more special. Putting on the gold and blue, suiting up before family and friends, having the chance to play ACHA hockey on home ice, we are proud to have come this far.

Having an ACHA team in Fairbanks, AK presents no shortage of challenges. We are thankful for our incredibly supportive hockey community for believing in our team and making this weekend possible. We are looking forward to a great couple of games and hope this is the beginning of a new chapter for women’s collegiate hockey in Alaska.

Full Slate of Broadcasts this weekend 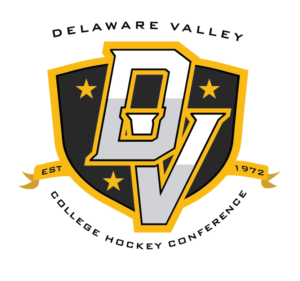