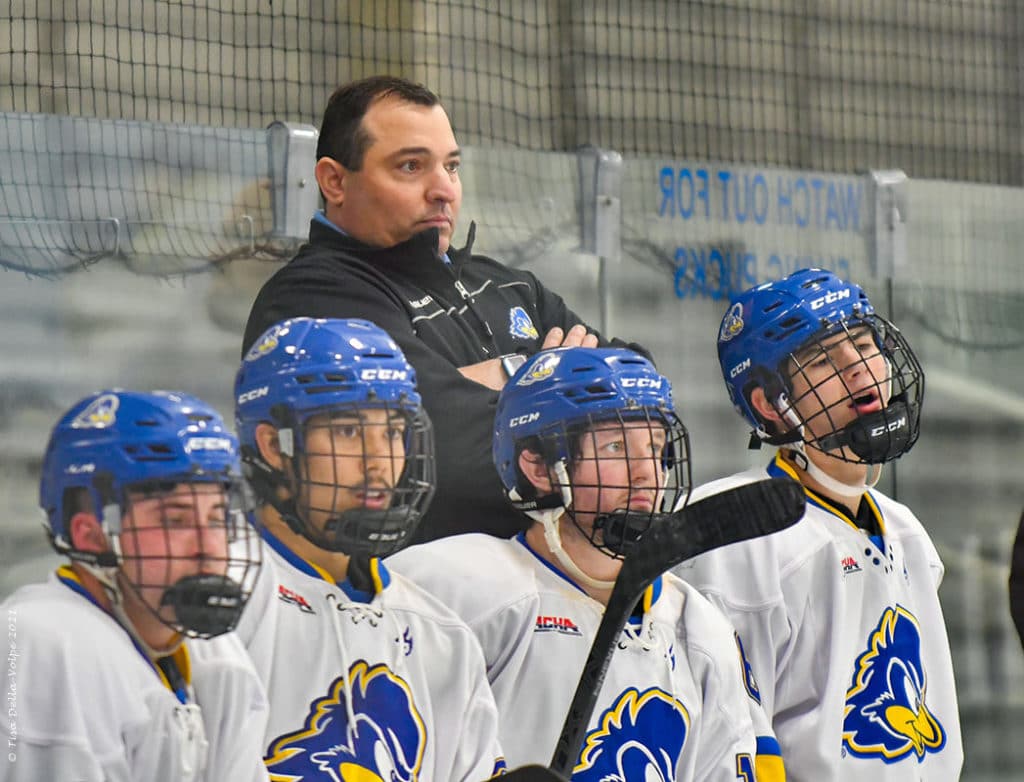 Coach Falkowski began playing ice hockey in 1980 for the Wilmington Wheels organization and played up through the Junior level in Massachusetts. He was a member of the University of Delaware Division 1 Ice Hockey Team from 1997 to 1999 as a Defenseman and continues to actively play ice hockey today. Vince graduated from the University of Delaware in 1999 with a Bachelor’s degree in Animal Science and has worked in the pharmaceutical industry for the past 18 years. He lives in Newark, Delaware with his wife Jen, their two sons, and daughter.