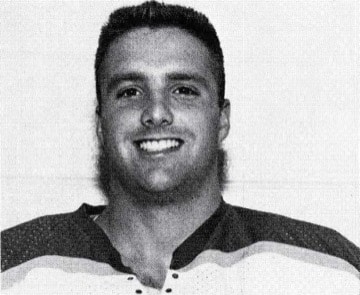 1986-87 – Wayne is Delaware’s rookie goalhandler. He seems to have an uncanny ability to stop the puck in the most dangerous of scoring situations. With quick feet and a great glove hand, Wayne is a welcomed addition to Blue Hen Ice Hockey.

1987-88 – Wayne is rebounding from mono which kept him out of much of last season. Wayne’s outstanding goaltending ability should keep many teams off the score-board. Wayne will be the anchor of Delaware’s defense.

1988-89 – This looks to be Wayne’s season. He has had two disappointing season due to injuries, but is going into this season healthy. His quickness and concentration should prove to be an awesome obstacle for opponents.

1989-90 – This is Wayne’s final season with the Hens as he will be graduating. He has had three solid years of experience as goalie. The Hens will be turning to Wayne this season for his experience as well as keeping the net empty. 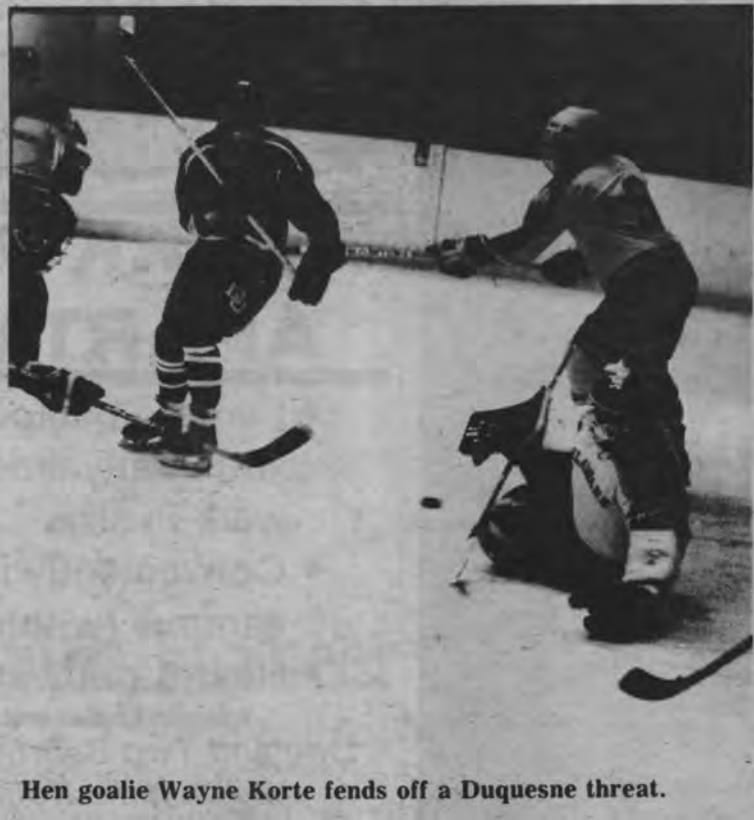