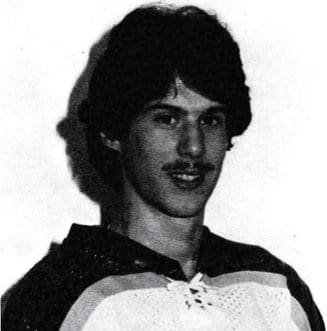 1982-83 – An outstanding forward at Methacton High School, Scott led his team to an undefeated season his senior year. The young biology major adds a hard left-hand shot to this year’s team.

1983-84 – The gentleman pictured above is the one and only Scott Winters. Scott has a blistering shot, great moves, and is a natural skater. His talent is so exceptional that he doesn’t even have to practice on Fridays. Scott was literally robbed during the U. of Penn game when he hit the post twice.