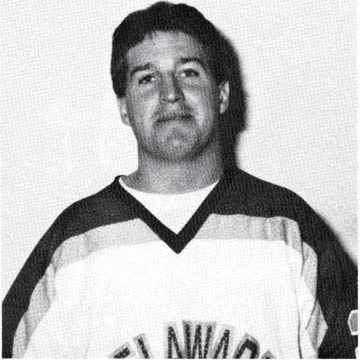 1986-87 – Scott’s a big, hard hitting defense-man new to the Delaware squad this year. He has played on the Williamsville High School team which, during his stay, won two State Championships. Scott is also a good football player and snow skier.

1987-88 – Returning for his sophomore year, Scott hopes to pick up where he left off last season. A good man on the point, Scott will add to the team’s defense whenever he can find a ride to the game.