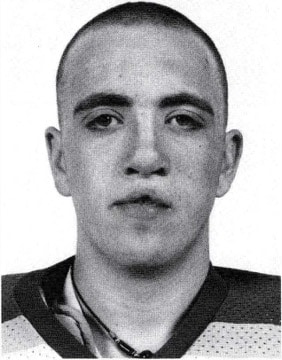 1995-96 – Ryan was the MVP and captain of his Roxbury High School team last season. He was named 2nd Team All-State and played in the Senior All Star game. Ryan also played for the AA Morris County Colonials. Ryan has quick reflexes and hopes to share the success of former Delaware netminder Tim Caum, who was of similar size and style.

Final weekend is a blowout