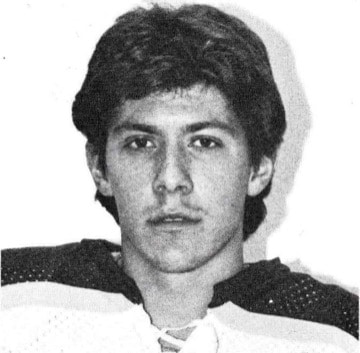 1982-83 – After playing at Lawrenceville Prep in N.J., Rich returned to his native Newark to skate with the Blue Hens last year. Rick learned a great deal under the tutelage of his prep school coaches and brings to Delaware experience that most players his age lack.

1983-84 – An expert penalty killer and fine playmaker, Rick also demonstrated an ability to score goals last year. “Rectangle” is especially dangerous in close where he can use his patented backhand shot.

1984-85 – Some Delaware Ice Hockey fans know Rick Tingle as Mr. Penalty Killer. Rick has been one of the most successful penalty killers in Delaware history. Rick has played left wing for Delaware in the past but he will see some action at center this year and continue to kill penalties.