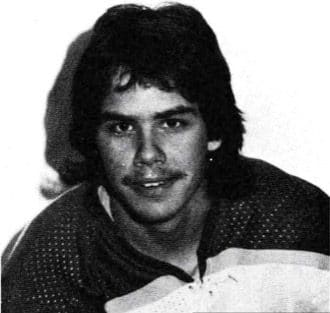 1982-83 – The rookie right wing was captain of his team at William Penn High School, where he also led the league in scoring.  Mike plans to graduate with a Business degree and get his CPA.

1983-84 – A stand-out forward at William Penn High School, Mike quickly proved he could play at the college level. He loves to handle the puck and make one of his patented rink length dashes. Mike will probably emerge as the league’s premier scorer by the time he’s a senior.