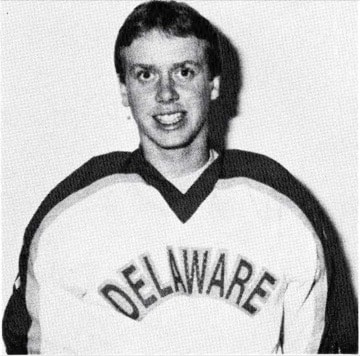 1985-86 – Matt developed his hockey ability in the JV program. He can play wing or defense, which will add depth to the squad.

1986-87 – Matt is a steady defenseman for the Blue Hens. The third-year player will occasionally rush the puck and is known to get a real rise out of the fans.

1987-88 – Mad Dog, a Senior this year, will be looked to for leadership. His steady defensive play is a good example to any incoming rookie. He has been a devoted team player throughout his career, and this year should prove to be his greatest season ever.