1995-96 – Prior to this season Jeff was one of the leading scorers of the Jr. Capitals who were the Junior B National 3rd Place finishers. He also participated in the Hockey Night In Boston All Star Tournament in 1993.  Jeff has a solid all-around game and should be a contributor for the Hens on offense this season.

1996-97 – As last year’s Rookie of the Year, “Loatsie” was 3rd on the team in scoring with 48 points. Milota uses his size as a grinder in front of the net to assist his teammates. With a year of experience, Jeff is
sure to again be among the ranks of the Hen’s biggest scorers. 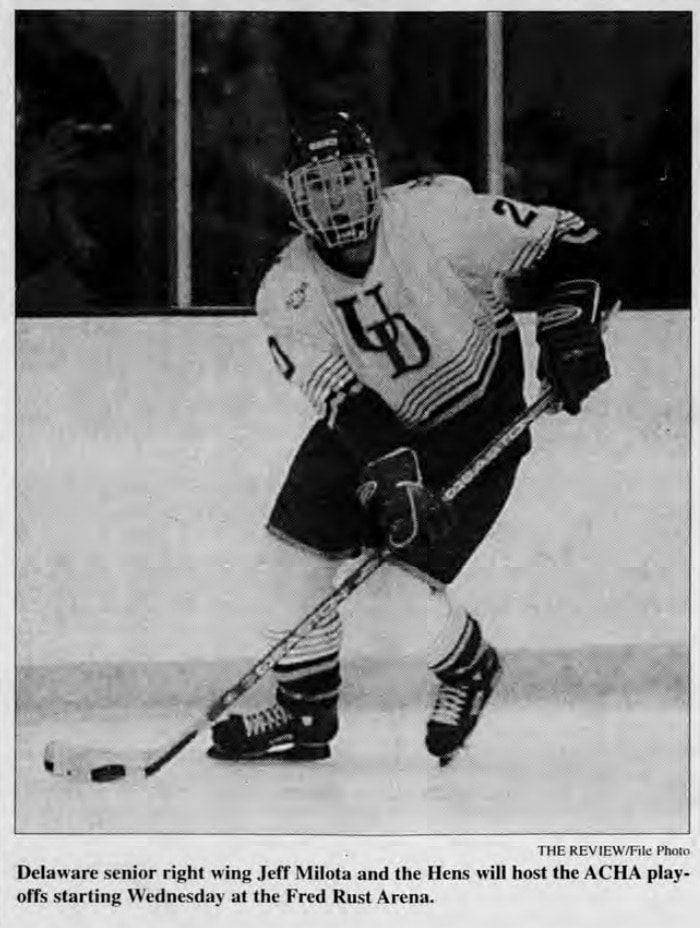 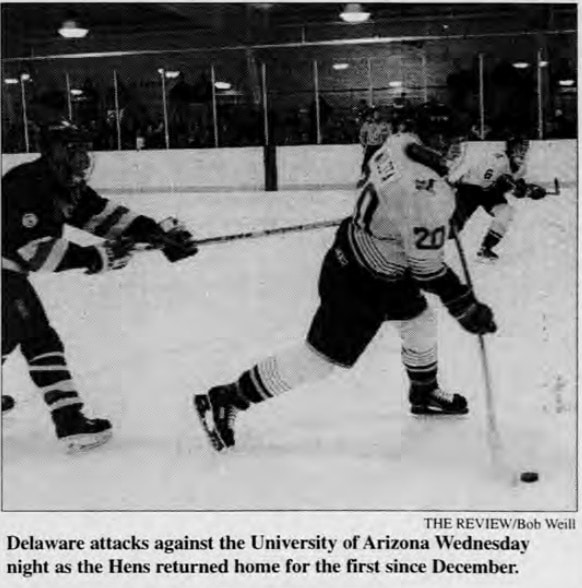