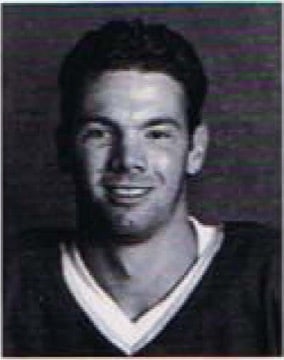 1994-95 – Damian was acquired half way through last season and was quickly incorporated into the Hens powerful offense. He possesses one of the hardest shots on the team and a very likeable demeanor. His large size is always intimidating to opposing teams. Look for Damian to be among the leading scorers this year.

1995-96 – Damian was a key member of the Hen’s offense last season. He tallied 69 points in 28 games which ranked him second on the team and in the ECHA in scoring. Damian was named MVP of the ECHA playoffs alter scoring 6 goals and 2 assists in 2 games.  Damian was named captain f0t his leadership both on and off ice. Look for a big junior season from Damian bolh physically and offensively. Bear hopes to lead the Hens another ECHA title this season by once again being one, of the leading scorers.

1996-97 – Leading the team as Captain, Damian has proven himself to be a leader on and off the ice. His honors include ECHA Playoff MVP in ’94-’95, and “Bear” is a two-time recipient of the UD Hockey Academic Excellence Award. An ECHA All-Star, Damian hopes to head the Hen’s uest to defend the Cham ionship. 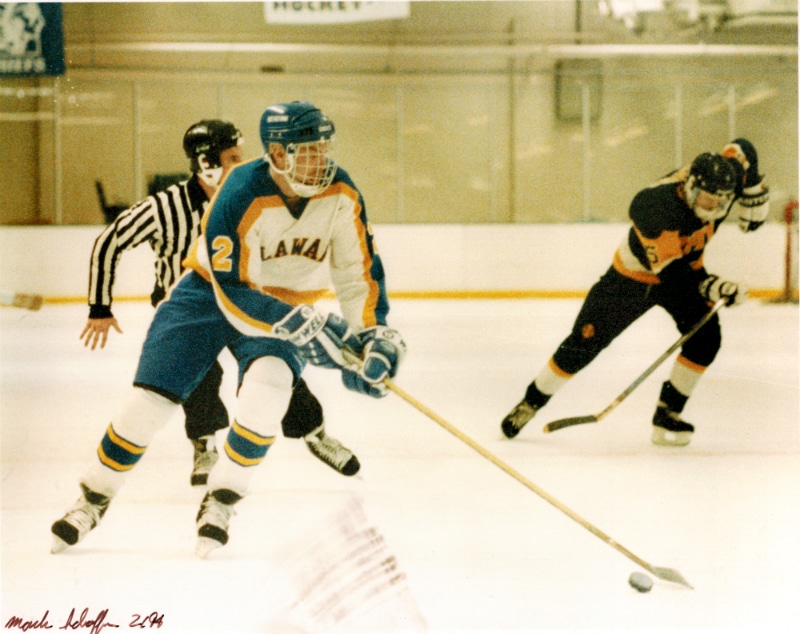 A hard-hitting bout ends in peace and a Hens victory

Penalties, pride get in way as Hens fall to Towson

Hens rally to win first round of playoffs