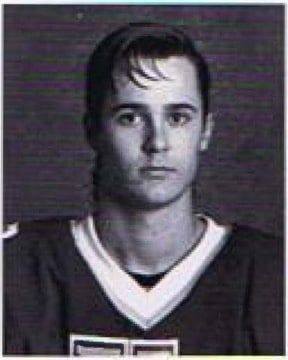 1995-96 – Last season Brooks was the Assistant Captain of the Midget AA Flyers Alumni team. His strong performance in this year’s pre-season camp demonstrated his poten­tial to be a goal scorer for Delaware as well.

1996-97 – After a successful season as an Assistant Captain for the Flyers Alumni Midget “AA” program, Brooks followed up with eight points in his rookie year with Delaware. In a rigorous workout program in the off­season, he bulked up and is sure to make an impact on and off the ice in his sophomore season.

Ice hockey readies for postseason with win over Terrapins