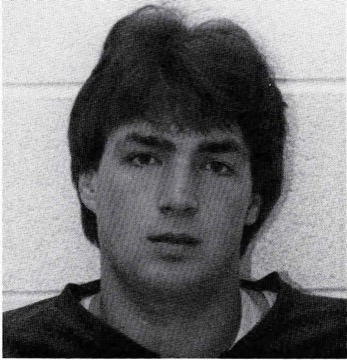 1985-86 – Brad worked his way onto the varsity team after spending time on JV. He’s a scoring threat as well as an effective player on the boards and in front of the net. A good team player, Brad fits in well with the Blue Hen squad.

1986-87 – Brad has been a solid right wing for Delaware the past three years and hopes to finish strongly as a senior. His slapshot from the right side has caught many opposing goaltenders by surprise. Twinkle-toes, as he is sometimes called, will also see some work on the power play this year.