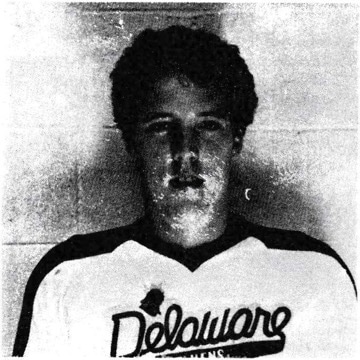 1980-81 – Bob is easily the most improved player on the HEN squad. After moving to defense from left wing, during his Freshman year,Bob has become one of the true standouts at his position, and has gained substantial from a number of opposing coaches.  His excellent slap shot and ability to throw hard clean body checks make him a double threat to the opposition.

1981-82 – Returning for his final year as a Delaware blue liner, Bob adds strength and experience to the Hen defense. His sizzling, low slap shot from the point should be a key to the teams power play. Opposing forwards have come to respect Bob’s rough, clean play. 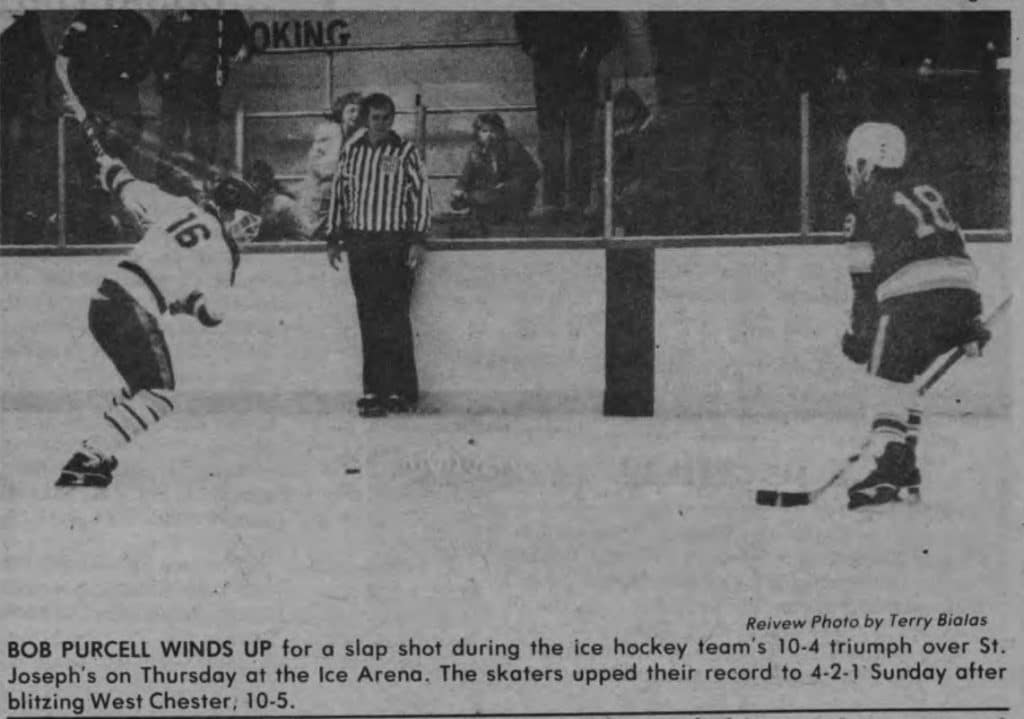 Skaters split In up and down weekend