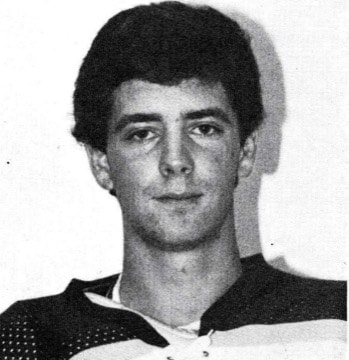 1982-83 – One of the pleasant surprises in the rookie camp this season, Bill should prove to be an able-bodied defenseman for the squad. Bill plans to attend Law School.

1983-84 – A product of Wilmington youth hockey. Bill came to the University of Delaware with strong basic skills and excellent hockey sense. He is a confident puck handler who possesses what is becoming a rarity among young players – a good forehand shot. Bill was named to the Conference All-Star Team last year as a rookie.

1984-85 – Bill adds experience to a rather young team. His family is very active in ice hockey in the Wilmington area. Bill is himself a produce of Wilmington youth hockey and has made the transition to college hockey very smoothly.