Both Jeremy DeWit and Tony Jorgenson registered hat tricks for Delaware in victory, with the two accounting for the first three goals of the game.  DeWit opened the scoring with a mid-slot snap shot from a Jorgenson pass at 5:33, while Jorgenson—promoted to the second line for tonight’s game—redirected a Mike Hicken one-timer over the blocker of Scranton goalie Dylan Euvino at the 9:31 mark.  DeWit and Jorgenson teamed up again for a power-play goal at 17:24, as DeWit crashed the net and jammed the puck into the right corner of the goal.

While the second line accounted for the first three scores of the game, the first line finished off an 18-shot first period for the Hens with 53 seconds remaining.  In the low slot, Ryan Lowe finished a tic-tac-toe sequence which originated from defenceman Eddie Martorella and continued up the left side by way of Ryan Morse.  For Lowe, the goal was his 16th of the season and his first of two in the game.

DeWit and Jorgenson each added another tally in the second, both by ways of odd-man rushes.  DeWit, leading a three-on-one charge into the Scranton zone after receiving a Hayden Scala breakout pass, kept the shot for himself from the inside edge of the left circle and sniped the puck past Euvino’s glove at waist height with 7:33 elapsed in the middle period.  A second Delaware power-play goal, earned by Brian Boylan with a top-shelf wrist shot from the top of the right circle at 10:18, gave the Hens a 6-0 lead and prompted Scranton coach Stephan Fusco to relieve Euvino of his netminding duties.  Unfortunately for the Royals, Euvino’s replacement, Nicholas Holencik, didn’t fare any better, also giving up six goals in his 29:42 of service.

In addition to Jorgenson’s second of the game—which he flipped into the goal off the backhand side at 18:32 at the end of a two-on-one attack—Holencik gave up goals from Lowe and Thomas Mason in the second frame as Delaware extended their lead to 9-0.

The Hens kept the accelerator down through the third period, pelting Holencik with another 19 shots. Jorgenson completed his hat trick at 2:59, redirecting an Alec Rankin chance in from the low slot.  Martorella and Hicken, both of whom registered assists in the first period, tickled the twine in the final four minutes of the game.

Stephen Odgers stopped 18 shots en route to a shutout victory between the pipes for the Blue Hens. 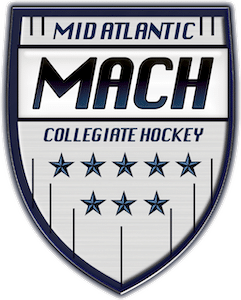