Delaware alum and Hall of Famer, Stephen “SJ” Broadt, has recently been selected to be the emergency goalie for the New Jersey Devils! The NHL put in place a rule that requires each team in the league have an emergency goalie on sight for every home game, and should be readily available to dress for whichever team needs the assistance.

In order to be considered for the position, the first step was to submit your hockey resume. Out of 400 applicants, SJ was one of 15 called back for an on ice tryout. The tryout consisted of a full goalie practice with Devils players shooting on you. Broadt noted that he was up against former NCAA Division 1 and NHL players. Not thinking he would get the position, about a week later he got the call saying that he was one of the four chosen to be the emergency goalie.

When asked if the Delaware program played a role in his success, Broadt answered with a laugh, “The hockey resume was the first part of the application process. All the success we had while I was at Delaware helped make it possible.” During his time at Delaware, SJ played an integral role for the team. Throughout his career as a Blue Hen, he won a National Championship in 2012 and was named MVP of the tournament, was named the 2012 First Team All American, and was named the Men’s Division 1 Player of the Year. He earned himself 2000 saves, 70 wins, 14 shutouts and a 93% career save percentage by the time his college career ended in 2013.

Since his time at Delaware, SJ has not continued playing hockey, except for the annual Alumni Weekend games. Currently, he is employed at ADP as a District Manager, but on the side Broadt coaches youth goalies in Manhattan. 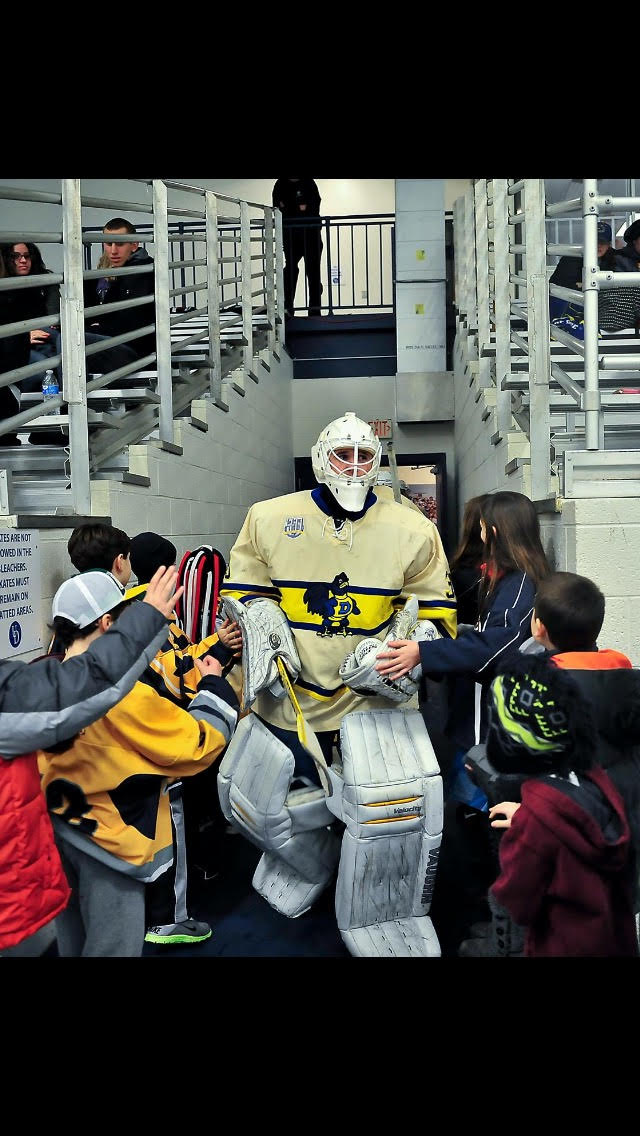 SJ says he was in the right place at the right time, but given this opportunity, it makes him “proud because Delaware hockey should not be underrated.”